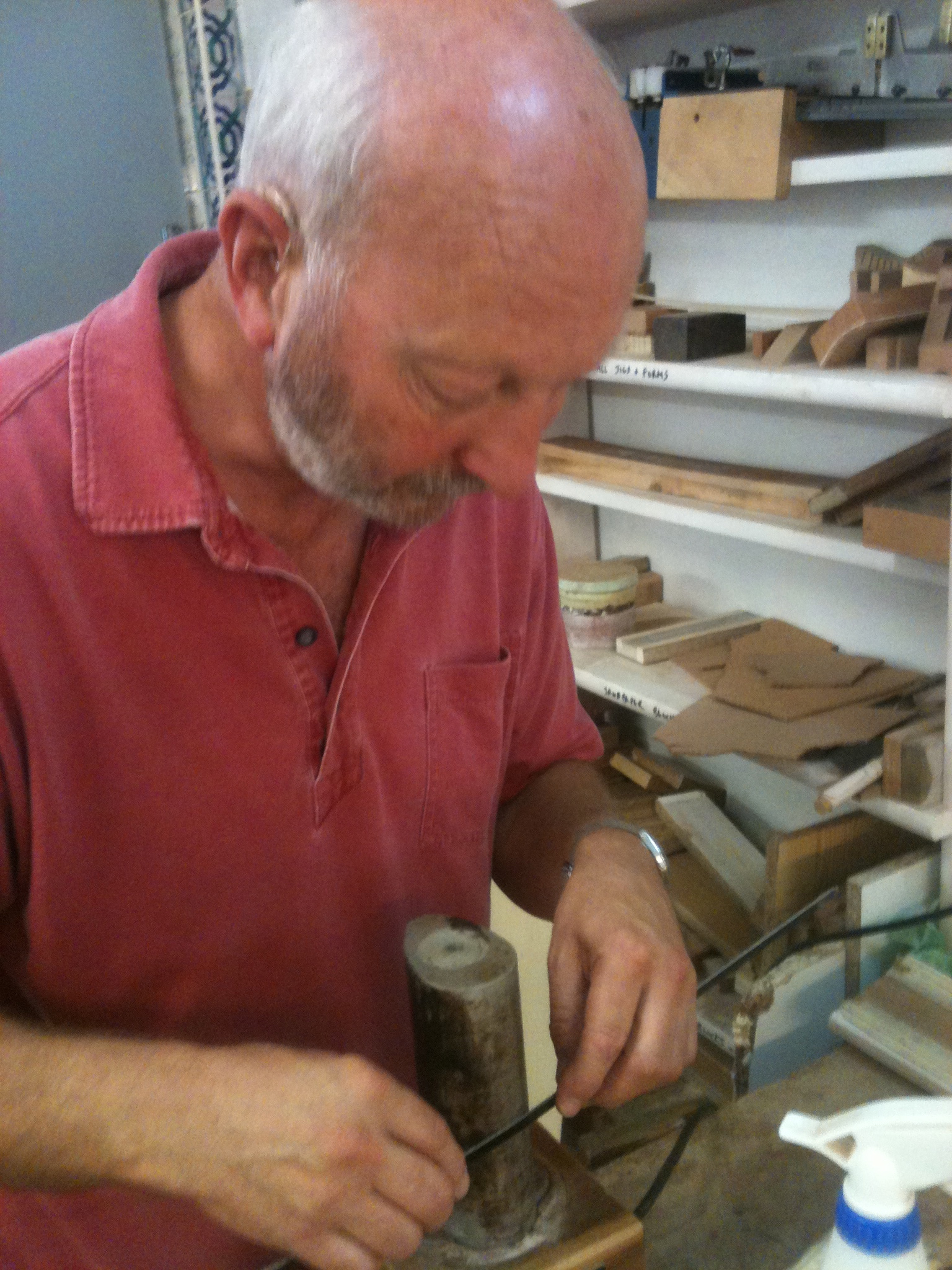 However when I had the possibility of taking early retirement I searched the Internet for guitar building courses, and the one that particularly caught my attention was the course run by Stephen Hill at La Herradura in Spain. Several emails, and two years later I eventually arrived at Malaga airport at the end of September 2011 to begin a month-long guitar building course under Stephen’s tutelage.

I can say without hesitation that the course exceeded my expectations, and was a wonderful experience. Although it is fairly intensive, Stephen’s relaxed manner means that you never feel under pressure or stressed and you can work at your own pace. Based on his vast experience he is able to pass on many techniques for guitar building that he has developed over the years.

These are things that you could never learn by simply reading a book – you need to see them being demonstrated. Stephen was also ably assisted by Pablo, who had his own techniques which were complementary to those of Stephen. I particularly enjoyed learning how to make the rosette, by carefully building up layers of different coloured veneers, based on your own design.

I found that having other students on the course worked very well. They were all very helpful and encouraging, and, since they all made different styles of guitar it added to the experience. It was also great to have discussions with them outside working hours.

Apart from the work there was also the social side; meeting fellow students for the Friday night Flamenco evenings at a local bar and a wonderful ‘pizza’ evening at Stephen’s house.

Of course the icing on the cake was the final ceremony and ‘fiesta’ at the end of the course. The ceremony, at which professional musicians play your guitar in front of an audience, was held in the house where Andres Segovia had lived, high up in the hills overlooking La Herradura, and this made it a very special event.