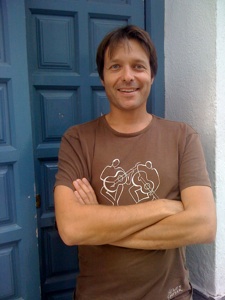 Founder and Director of the European Institute of Guitar Making, Stephen Hill is first and foremost a Master Classical Guitar and Flamenco Guitar Maker, with a busy workshop and orders from all over the world.

Stephen started his journey into guitar making in 1985 following a short time working as an apprentice cabinet maker. At the age of 18 he made his first instrument – a 6 course lute made from a kit on the kitchen table, bending the staves using a steam box connected to a kettle! During this time he also received master classes in Violin making from Dominic Excel.

His second instrument was a classical guitar that was made in about 5 different locations and as many countries, as he travelled around Europe working in Italy and Germany. He bent the sides over a wood burning stove pipe, bare chested and sweating away for hours. Luckily his skills and knowledge have improved since those early heady days!

In 1987 he attended the Totnes School of guitar making in the Uk making a copy of the Antonio Stadivarious 5 course baroque guitar.

During his first major travels in Spain in 1988, as well as learning to play the flamenco guitar Stephen spent quite some time in the Spanish guitar makers workshops with masters Manuel Reyes, Antonio Marin Montero and other luminaries which helped him cultivate a much clearer understanding of Spanish guitar making traditions and why certain processes are done in a particular way. Granada has had the most effect on Stephen´s making and he now teaches the Granada style of building in traditional classical guitars.

Finally settling in the UK after his tour of Spain, he spent about 6 years working in isolation in Lewes, UK, developing his ideas and experiences, which helped him create a sense of style and uniqueness in his Flamenco and Classical Guitar building.

The Guitarmaker from Nevill Films on Vimeo. 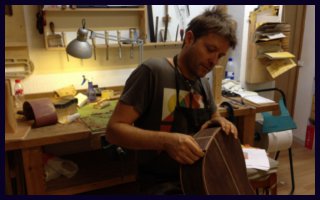 After many years of guitar building, Stephen felt a deep personal calling to teach and inspire others to follow the way of guitar making.

In 1994 he started running guitar building courses in Lewes and greatly enjoyed the process of creating a small ‘community’ of people, all focused on making a guitar beyond their expectations.

From these initial courses, he formed and educated many of the eight guitar makers currently working in and around the Lewes area.

Out of this feeling for community and promoting their work together, the Lewes Guitar festival was born in 1999. Stephen Hill being the co-founder of this successful project together with his brother Laurence.

The festival was there to celebrate the guitar in all its facets and forms, by inviting players from all over the world. The festival became known for its great diversity and high quality music performances, featuring bands and players that have become very well known since such as Emilio Maya (Spain), Gary Ryan (UK), and John Fleeley (Ireland). 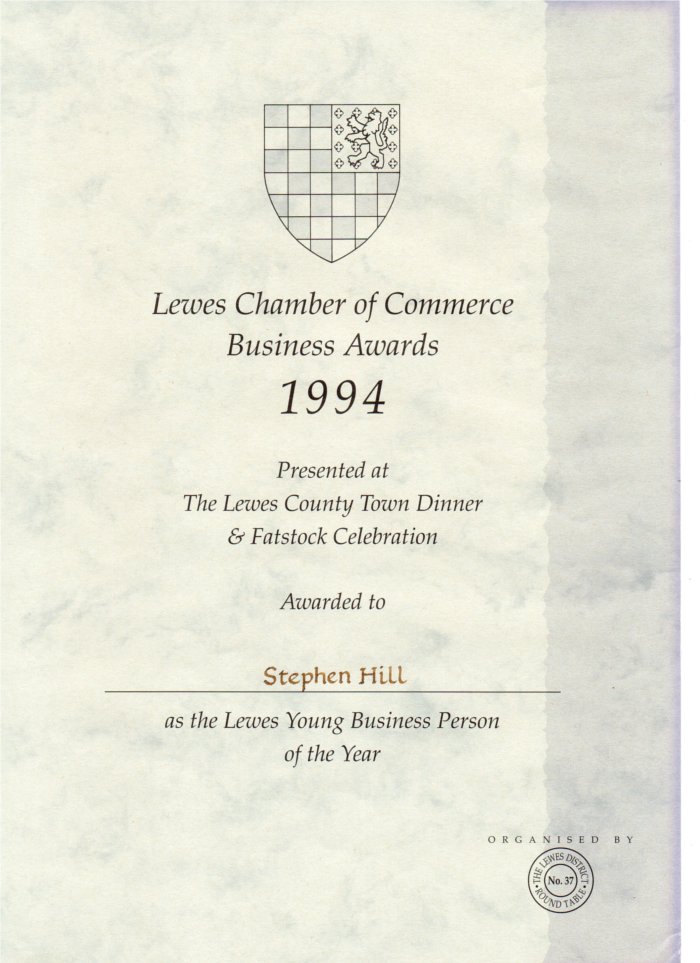 In 1994 Stephen Hill was elected as ´Young Business Person of the Year´ by the Lewes Business Chamber, celebrating his sense of international entrepreneurship (he started selling guitars to other European countries and the U.S.),of building a community and of passing on his trade through teaching.

In 2004 Stephen returned to Spain to immerse himself once again in the Spanish culture and enable him to expand his courses to their present level.

Stephen Hill has now taught over 200 students from all over the world, many of whom have gone on to become professional Luthiers such as Richard Osborne, Pablo Requena, Stephen Eden, Cameron Mobbs, Blair Russell, Nick Benjamin and Puerto Rico’s top guitar maker, Ricardo Ramos.